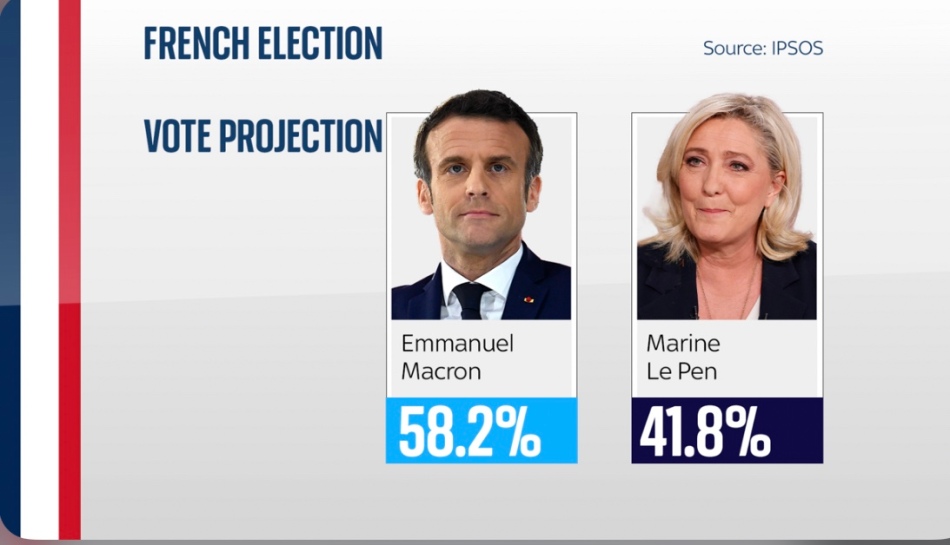 Emmanuel Macron was elected to a second term as French president on Sunday evening with 58.2% of the vote, according to an estimate from the Ipsos polling institute. His far-right challenger Marine Le Pen won 41.8% of the vote in an election that saw the country’s highest abstention rate in 50 years.

The election on Sunday 24 April was a runoff to decide between the first two candidates from the first round of voting on 10 April. Emmanuel Macron and Marine Le Pen topped that earlier poll.

The runoff is decided by simple majority of valid votes: if either candidate gets one more vote than the other, he or she is elected. There is no electoral college and no role for parliament.

For most of the campaign, it seemed that Macron, the incumbent president, would win comfortably in the second round. But a surge in Le Pen’s polling in the final weeks made this more doubtful. A key factor will be how much support Macron can garner from those who voted for leftwinger Jean-Luc Mélenchon in the first round.

Mélenchon has enjoined his voters not to give a single vote to Marine Le Pen, but for Macron this support is more ambivalent than he might have hoped.