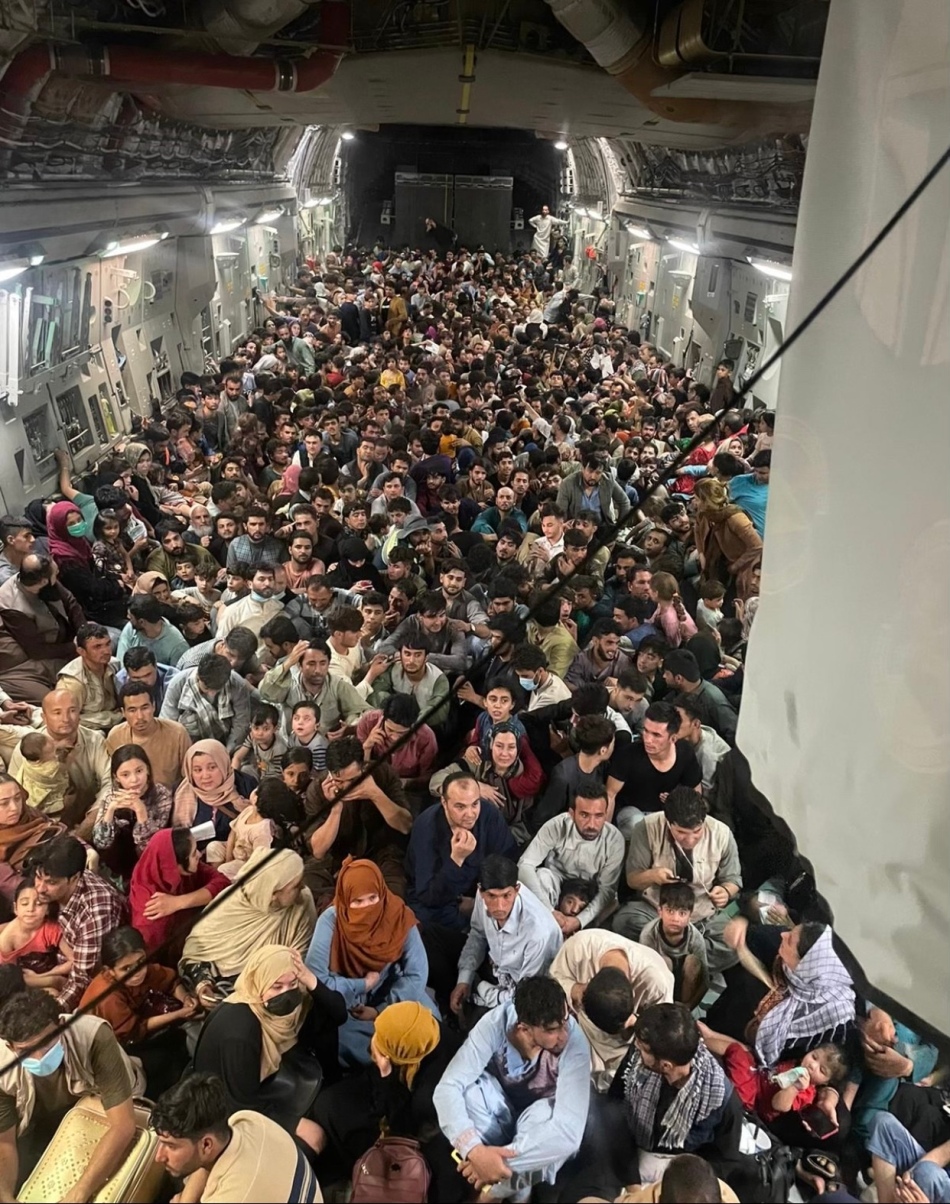 A striking image shared on social media shows hundreds of people on a US Air Force C-17 aircraft on Sunday as it left Kabul.

According to Defense One, who obtained the image from the military, some 640 people were onboard the aircraft, far more than its listed capacity.

Scores of Afghans, who had been cleared to evacuate, managed to get onto the aircraft’s half-open ramp. Instead of forcing them off, the crew decided to take-off.

That is in stark contrast to images on Monday – when thousands of people crowded Kabul airport as they sought to flee the country. Planes were temporarily grounded, and US forces shot dead two armed men as the chaotic scenes unfolded.

A defiant President Joe Biden rejected blame for chaotic scenes of Afghans clinging to U.S. military planes in Kabul in a desperate bid to flee their home country after the Taliban’s easy victory over an Afghan military that America and NATO allies had spent two decades trying to build.

At the White House, Biden on Monday called the anguish of trapped Afghan civilians “gut-wrenching” and conceded the Taliban had achieved a much faster takeover of the country than his administration had expected. The U.S. rushed in troops to protect its own evacuating diplomats and others at the Kabul airport.

But the president expressed no second thoughts about his decision to stick by the U.S. commitment, formulated during the Trump administration, to end America’s longest war, no matter what.