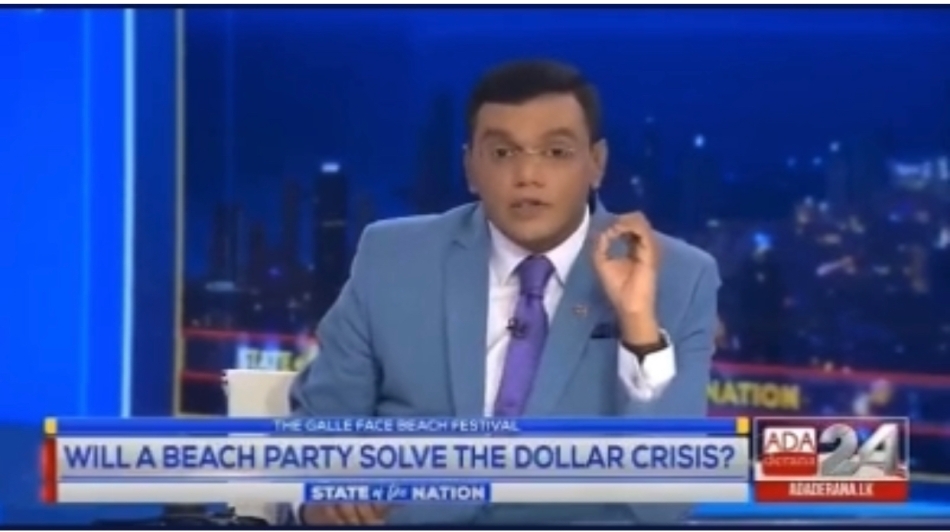 ‘State of the Nation’ host Mahieash Johnney has resigned under severe social media pressure over his comment which branded anti gov protests as ‘beach party’.

Many social media users had criticized the television channel for the programme that was aired last night.

They also condemned the presenter for stating that people who supported the terrorist outfit ISIS were staging the protest and for also questioning the Cardinal’s conduct.

Derana says his views ‘do not reflect their values and ethos’.

Meanwhile many on social media were calling for Ada Derena to be boycotted.